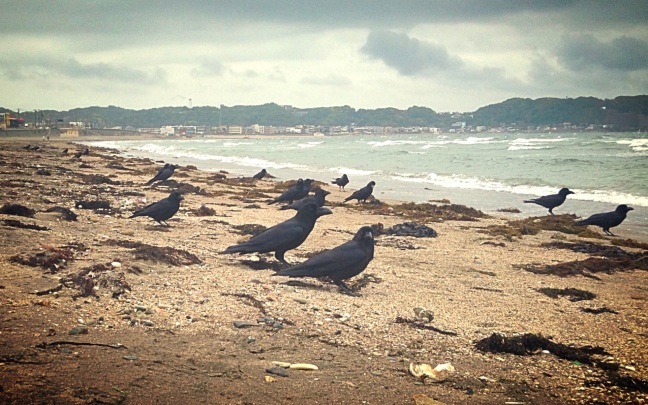 The waves pre-typhoon brought in quite a collection of debris, including a rather large moray eel, called an utsubo in Japanese. It was *quite* the popular fish with both the crows and kites (a bird of prey).

As the crows were more plentiful, they beat out the kites, which had to be content to circle above, occasionally dive-bombing the crows.

These crows were some of the waiting crows, and they were none-too-pleased.