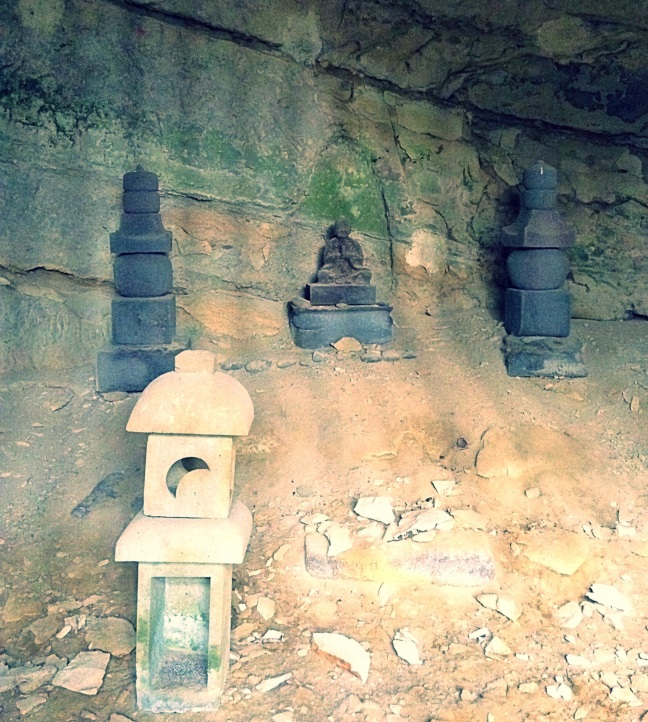 Kamakura is a pretty spooky place.

It’s really not surprising, considering the bloodshed that took place in and around the city. Being the capital of a shogunate that had violently wrenched power away from Kyoto—the imperial capital of Japan—and which had enemies near and far, bent on revenge and thirsty for power, well, something was bound to break eventually.

But more on the breaking in a future post…

The truth of the matter is that it didn’t take conquering armies to make the city spooky—it did that on its own, through its own sometimes cruel practices.

At one point (roughly 1271), Nichiren, an influential Buddhist priest, found himself on the wrong side of the powers that were. He was exiled to Sado Island at one point, and sentenced to death. Some of his loyal followers also gave themselves up to be executed with him (old-school loyalty was really somethin’). The followers were locked up, and only released when a miracle saved Nichiren from death and all was forgiven.

One of those extremely loyal followers was a man by the name of Nichiro. He was locked in a damp cave on the grounds of Kosoku-ji. How he survived is beyond me, but he did, and the owner of the land was so moved by the entire episode, that he turned his property into a temple and became an devout follower.

The cave pictured is believed to be Nichiro’s cave. Can you imagine living there for so long?

I was invited by Terri over at Perspectives On…Life, Work and Leisure to participate in the Five Days Challenge, which asks us to post five photos, one per day for five days, and to write a story to go with each photo. For each day that we post we are supposed to invite one person to participate.

Today I’m inviting Houdini from Little Lessons. Houdini writes about raising kids, and all of the fun experiences that come from that most challenging (and wonderful!) activity. Houdini, if you would like to participate, post a photo every day for five days and write a story to go along with each photo. Your story can be fiction or non-fiction. It can be a short paragraph, a page, or a poem. Each day, please select one person to carry on the challenge. The challenge is not mandatory and can be refused. I hope you accept and have fun!

2 thoughts on “Photo of the Day: Cave Priest”