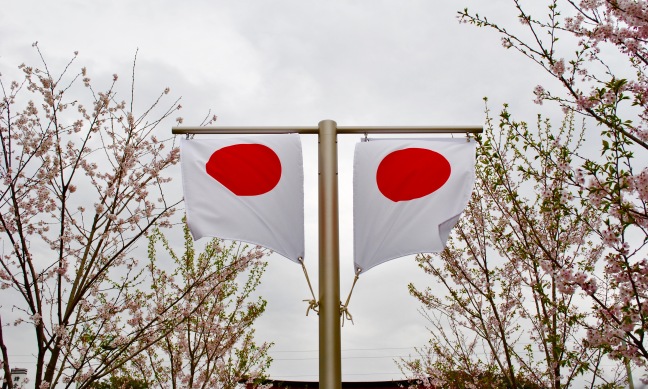 For the past few years, Kamakura has been tearing up the old road to Tsurugaoka Hachiman-gu.

It used to be a raised and walled walkway through the middle of the modern road, bordered with old cherry trees. Now, it’s, well, different.

I admit to liking the old road better. Much, much better. But, safety is safety. At least that’s why I think they tore it all up.

Anyway, the new path is not walled, and its border is young cherry trees. It also has flag poles running down the middle. At least from certain angles the effect is interesting.