I went on what was supposed to be a short hike to some temples and shrines in town the other day, but which became an epic seven-hour tour of places I haven’t been in ages, and some I’d never visited before.

Starting out on the Daibutsu hiking trail, I continued as it joined the Kuzuharaoka trail heading towards Kita-Kamakura. The last few metres of the path before it ended at a temple were along a nice grove of bamboo. Everything was so unbelievably green. 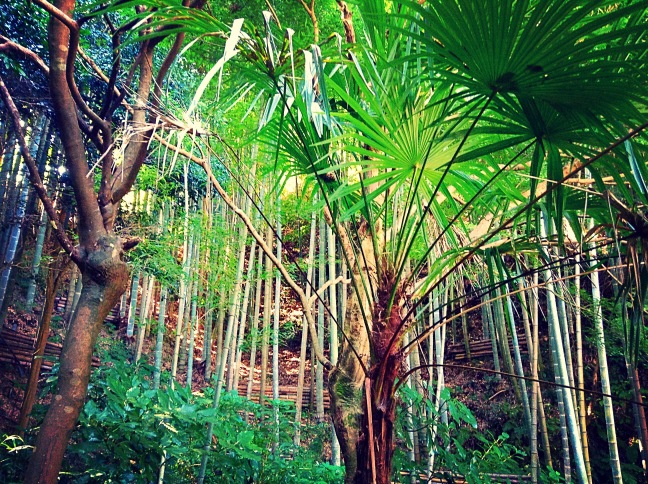